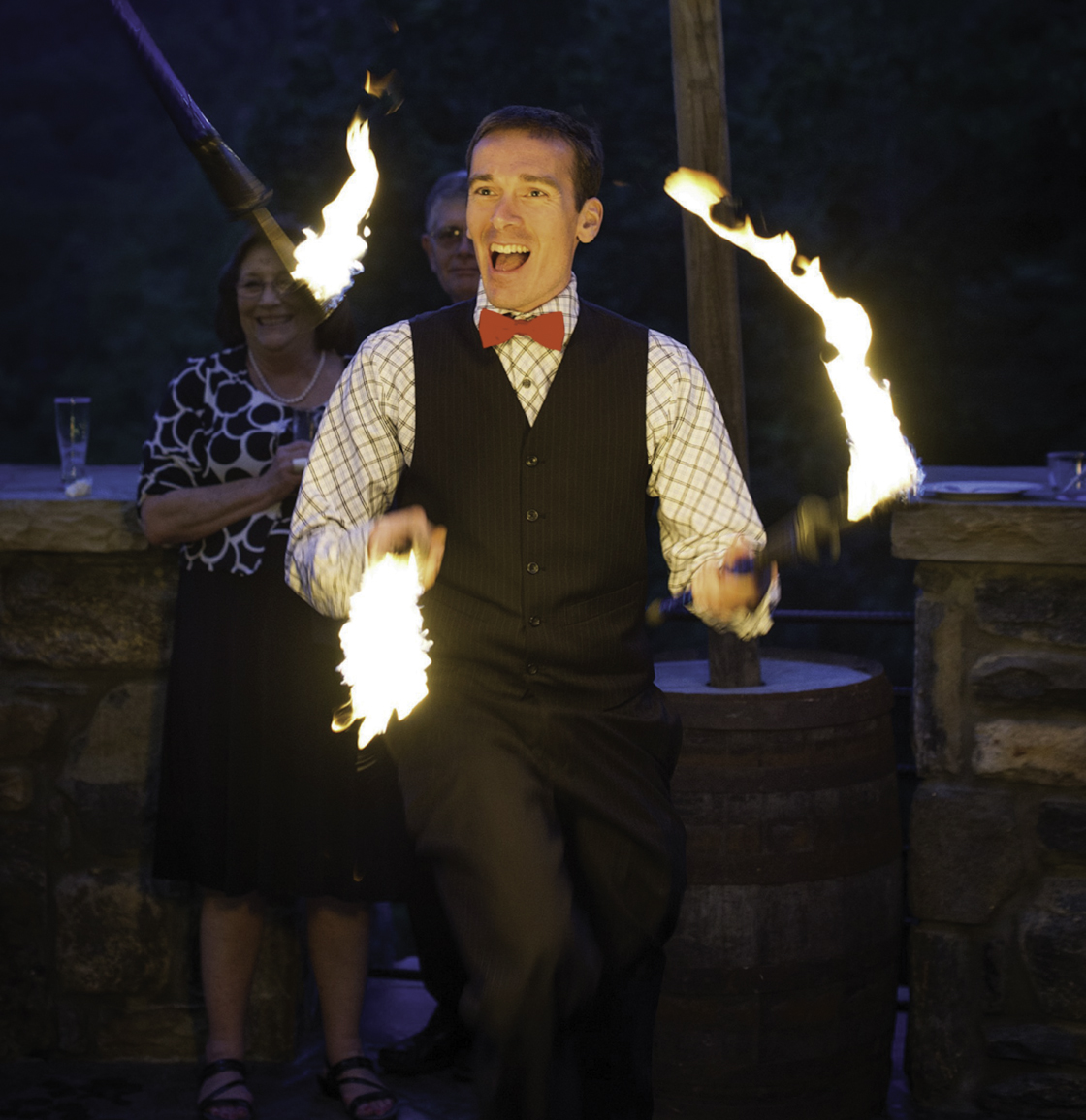 Humor and Audience Participation for All Ages - at First United Methodist Sanctuary 6:30, 9:00 and 10:15 pm

Jesse Joyner, an entertainer from Richmond, VA, learned how to juggle in middle school. His friends later put him up to performing in the school talent show and by then he had figured out how to juggle machetes as well as balance a six-foot ladder on his face. That was the beginning of a journey that has taken Jesse around the world with his delightful all-ages show full of stunts, tricks, and humor. Jesse relies heavily on lots of audience volunteers for his tricks, so come ready to participate, laugh, and celebrate the new year in vaudevillian style!

Jesse Joyner is one of the few people in the world who have completed a marathon while juggling. He has also successfully juggled three running chainsaws (and still has most of his fingers left)! Jesse's show is full of humor, audience participation, and enjoyment for all ages.