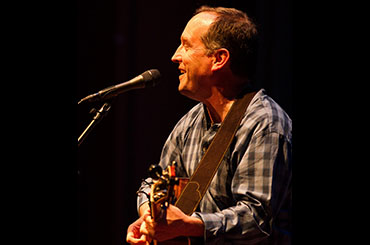 John Kelly is a Charlottesville-based singer songwriter with decades of solo acoustic. Performing experience. He began his career in his native Connecticut and played regularly there and in New York City before moving to Virginia. Now a regular on the Central Virginia singer songwriter circuit, John has become known for his soulful voice and insightful original songs. In January, 2020, he will release his latest record, In Between, produced by Rusty Speidel, and featuring a set of ten songs that cover a range of topics, from the complexities of the world we live in today to love, family, and more. In Between was engineered and mixed by James McLaughlin at his Charlottesville studio, and features an outstanding array of musicians, including Speidel on guitars and background vocals, Michael Clem on bass, Paul Rosner and McLaughlin on drums, Chris Holden on keyboards and special guests including Nate Leath on fiddle and Michael Lille on guitar and banjo.