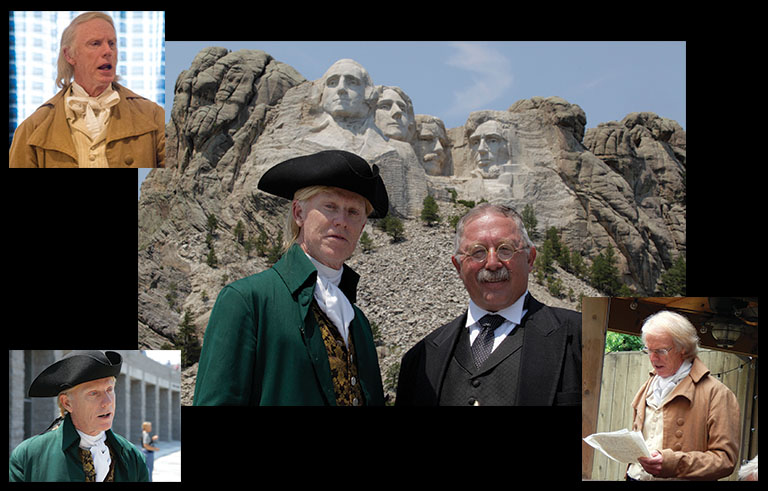 Thomas Jefferson, the “American Sphinx”, as he has been called, enlightens 21st century Americans with his potent words to explain the motives for our forefathers to fight for a government based upon reason rather than force, a novel concept. At the same time he fails to “first take the log out of [his] own eye” because slaves are forced to serve this new country he helped to form. Question him.

Long an aficionado of Revolutionary Era history, Tom Pitz has been performing as Mr. Jefferson since 1987. He considers it an honor and a privilege to bring one of America’s greatest historical figures back to life for audiences. His performance sites include Michie Tavern, Denver Museum of Natural Science, the College of William and Mary, Keswick Hall, the United States Treasury, University of Virginia, Virginia Genealogical Society, Hampden Sydney College, Carthage College, and the National Geographic Society. As a graduate of Mr. Jefferson’s University, he is well aware that John Adams’ dying statement, “Jefferson Lives” is as true today as it was on July 4th, 1826.